'Off sick' - but working for somebody else!

How would you react if one of your employees was off sick and receiving sick pay from you, and you found out that they were working for another employer at the same time?  My guess is that you’d feel justified in throwing the book at them.  But you’d do well to think carefully and establish all the facts first, or you might end up losing a Tribunal claim!

The FCO travel advice for Thailand has been updated with regards to flooding. The overall level of the advice has not changed. The FCO advise against all travel to the Preah Vihear and Ta Krabey/Ta Moan temple areas and against all but essential travel to the provinces of Pattani, Yala, Narathiwat and Songkhla. Please find an extract of the advice below.

What a Virtual Office can do for your business

Virtual Offices are quick and easy to set up and an efficient way of increasing your presence with flexible Mailing Address and Telephone services.

I became more aware recently that many people looking for office space hadn't heard of virtual offices and what they involved.Virtual Offices are quick and easy to set up and an extremely cost efficient way of increasing your presence in an area, without the associated costs of running a full office.

Elements of a Virtual Office…

Gosh - we’re having an Indian Summer! Perhaps because we didn’t get a proper one this year :o)  And this is the first newsmail for three weeks - partly because we snuck off to our favourite Greek Island, Skopelos, for a much-needed break, leaving Chris from…

Unfortunately it’s not as simple as that and you could be forgiven for thinking that’s the case and it’s the basis premise that many people mistakenly believe will give them the best results.

In actual fact, weight training is an important part of any kind of fat loss or fitness programme. Firstly, weight…

New research reveals that 1.5 million households may not have enough life cover to pay off their mortgage if either partner were to die.

The survey of 3,000 highlighted the possibility that millions of people may well be leaving something sizeable for their loved ones if they were to die suddenly - a mortgage debt. …

The superfast broadband project seeks to ensure that all Surrey residents and businesses can access high speed broadband no matter whether they are located in the county. The Surrey Strategic Partnership has identified this work as a priority for Surrey.

The FCO travel advice for Spain has been updated with regards to thefts at airports. Please find an extract of the advice below.

The vast majority of visits made to Spain by…

How taking my own medicine turned my life around

It was while I was in advertising that I began to realise the importance of good sound nutrition and the benefits it could provide.

I wasn’t actually a nutritionist at this time but preferred to what I call “dabble” and was already heavily into my training on a daily basis.

Do you need a 24 hour survival plan?

It’s sometime difficult to think about how to keep down your stress levels, eat and still lose or maintain your weight while holding down not only a busy and stressful workload but also a hectic lifestyle and family life.

Here are a few of my tips for a 24 hour period that should help.

Mortgage borrowers are missing out

Mortgage borrowers are missing out on what have become the lowest fixed-rate mortgages in decades, with half not having reviewed their mortgage since March 2009.

According to the website unbiased, many borrowers (37%) would still prefer a Standard Variable Rate deal, and if they did fix, would be prepared to…

Stamp Duty could be axed in radical shake up

The report by the Institute for Fiscal Studies, which it describes as the most far-reaching analysis of the UK tax system in more than 30 years, also recommends integrating income tax and National Insurance payments.

The rate rise has started

The Sunday Times has reported that there are now clear signs that the ongoing turmoil in the Eurozone is starting to push up mortgage rates.

Private banks, which often lead the high street banks by several weeks, have started to increase rates for the first time in more than two years.

Mortgage borrowers, particularly those who are on their lender's base lending rate ( Standard Variable Rate) and have been so for some time, are therefore encouraged to take…

Here are four surprising foods that act as fat burners!

Not to worry it could just be your metabolism playing up and needing a kick!

These boosters should help to get you back on track.

Aim to eat every three to four hours

Eat the same amount of food every day but instead of just having two or three meals a day spread them out. It will help to keep your blood…

Three years ago today, the collapse of Lehman Brothers sent shockwaves around the world, resulting in sheer panic in the financial markets and driving the final nail in the coffin of the wholesale funding markets.

Suddenly, big banks really could be allowed to fail.

I’ve talked at length in a previous article about food combining and why I’m such a huge fan and I still believe that if you don’t want to deprive yourself of anything it’s simply the best way to eat.

There’s nothing you can’t eat,…

The perils of chocolate!

Even though it’s common knowledge that chocolate rots your teeth and is full of sugar and can make you gain weight just by looking at a bar seemingly, we’re still obsessed with scoffing it by the bucket load!

Changes to your Business Link service

Latest update from BL on the demise of Business Link as we know it...

OK, Folks! It’s time to roll up our sleeves and get back to work. School’s IN, the so-called Summer is over, and we’re starting the long run-up to the ‘c’ word – Xmas! Meanwhile, the economic situation is as dire as ever, and there is no sign of light at the end of the tunnel... 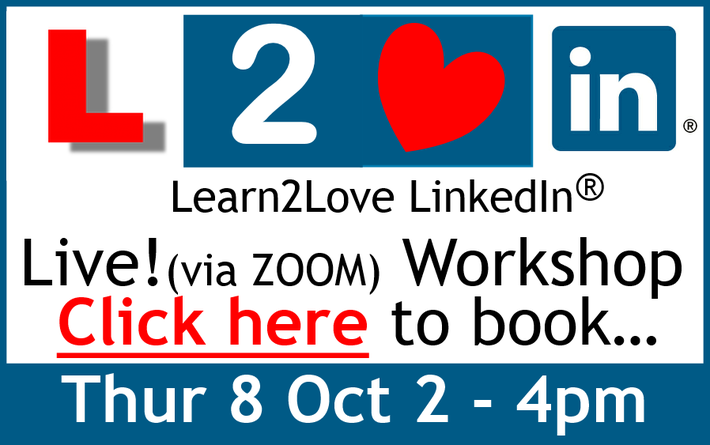