Business networking is a fantastic way to grow your business - if you're reading this, there's a good chance you already understand that. There are a lot of ways to get the most from networking.. and a few to avoid to maximise the results of your efforts. Here are my top 5 networking misnomers and some suggestions on how to avoid them. Of course there is no "one size fits all" approach, but here are some thoughts to ponder:

Have you ever been to a networking event and had someone thrust their business card in front of you, given it to you, or placed it down on your table place and then hastily moved on? I've seen this so often - particularly at business expos. It's such a shame as this approach completely misses the point of networking. Here's why: Networking is like anything else in business, it's based on know, like and trust. If I shove my business card in your face and then leg it, you know of me for sure, but there's no like & trust - no relationship. Whilst some elements of business are a numbers game - cold calling for example, networking isn't one of them. Quite the reverse in fact. It is generally much more productive to have a few meaningful conversations with some key people in the room than it is to spread yourself so thin that no-one will remember you after the event. Build your network deep - then go wide, not the reverse.

Have you ever been trapped in a conversation (or breakout room online!) with a fellow networker talking non-stop about themselves? It's pretty painful to watch and this happens a great deal. Think about it - how many people go to business networking events in Surrey and beyond with the main focus of selling? Pretty much everyone. How many go with the main focus being to buy? Almost no-one. So there's a networking disconnect.

It is far more effecive, and profitable to spend your time asking questions of your fellow networkers. In particular, the best question I ever asked as a networker being "how can I/we help you?" or "what kind of introductions are you looking for?". This encourages the other person to talk about themselves - which is great because you get to learn about them which can help you in future conversations with them. The best part of this approach though, it that once they have finished talking about their business, eventually they will (likely) feel the need to reciprocate. (More on that in Robert Cialdini's excellent book 'influence'. Which then gives you a perfect opportunity to tell them how they can help you, without you selling at them.

3. Elevator Pitch all About What You do and When You Were Formed

This may be a controversial one - it's interesting to know what people do and reassuring if they were established a long time ago right? Well yes, it can be interesting, but is it helpful? Bearing in mind most elevator pitch opportunities are sixty seconds or less, is that the most effective way to approach it?

Imagine that you have 1 minute to pitch your business to a dragon on Dragon's Den. Would you explain what you did and when you were formed? Or would you cut to the chase with the benefits that you give people and who your target market is?

On a similar vein - it's very easy to descend into industry specific languague - acronyms etc. Some of the audience will no-doubt relate but possibly not the people in the room who have strong contacts to your target market. It's much more effective to imagine that you're presenting to an audience of ten year olds. Your language and choice of words will necessarily become much simpler which helps people to understand how to help you - that needs to be your ultimate goal to get the most from your pitch.

Have you ever seen a PowerPoint presentation which begins with a picture of a building and words to the effect "we were formed in 1803 and...". Your heart sinks and you switch off - you can't help it. Imagine if you rang up the dentist to get a painful tooth fixed and the receptionist says - well we were formed 40 years ago and our office is in xxx and here is our company history. We do teeth polishing, whitening kits etc". That information doesn't solve your problem. For this reason it's important to stick to benefits and target markets (Ideally just one or two - don't overwhelm your audience) in your presentation.

4. Only Talking to Your Mates About Non-Business Stuff

It's an easy trap to fall into. Especially if you go to a networking meeting regularly. You might be a creature of habit, or even slightly nervous. So you understandably gravitate towards the people in the room who you know the best and talk about a non-business subject. Here's the thing: at business networking, the focus has to be business. Not all the time, but it definitely need to be the focus. If you make the effort, uncomfortable though it can be for some, to talk to new people or those who you don't know that well, the results are often very positive.

The worst example of this that I have heard was when a lady went to a networking event and the gentleman she was sat next to asked her what she did (having not spoken to her during the open-networking part of the meeting). When she told him, he said words to the effect: Oh we're never giong to be able to do business then are we", and he turned away from her. Massive faux pas and incredibly rude. What was quite poetic about that moment was that when it came to the elevator pitch opportunity, he did ask for specific introductions to a particular company. As he sat down she nudged him in the ribs and said "That's my next door neighbour - I've known them for more than twenty years!". You never know who know who.

The best, saved to the last. You make a networking strategy - work out who you want to speak to. You manage to engage them in conversation and even perhaps establish a need they or one of their contacts has for your services and then, after the event you don't follow-up. There are other forms of this one too - if you don't get to speak to someone who is a fresh face - you don't follow up. Someone gives you an introduction to one of their contacts not in the room and you don't call them, or you send a casual email 3 weeks later.. I've seen all of these and more.

There's a very cheesy phrase that really rings true for this on - The Fortune is in the Follow-Up. If you invest time and money in attending a networking event, it will pay you back handsomely if you:

- Do call anyone you were able to speak to how indicated a potential interest in using your services or just a casual one-to-one over a coffee.

- Do follow up with any unfamiliar people in the room that you were unable to talk to and engage them in a conversation, possibly with a coffee meeting following on.

- 100% always follow up on any referrals or introductions within twenty four hours - even if it's just an acknowledgement and a setting of expectations such as "I'm on holiday for two weeks - is it ok if I contact you on my return" etc.

There you have it. The top five networking mistakes and how to avoid them - particularly while networking around Surrey. Hope that helps, please feel free to comment below with your thoughts - I will read them all!

Jonathan runs the business networking franchise of BNI in Surrey 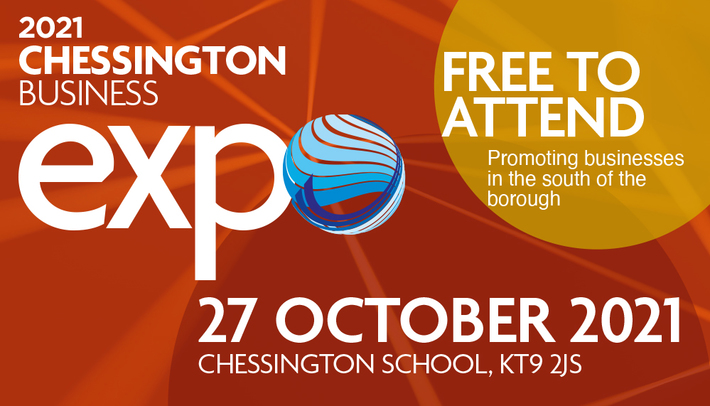